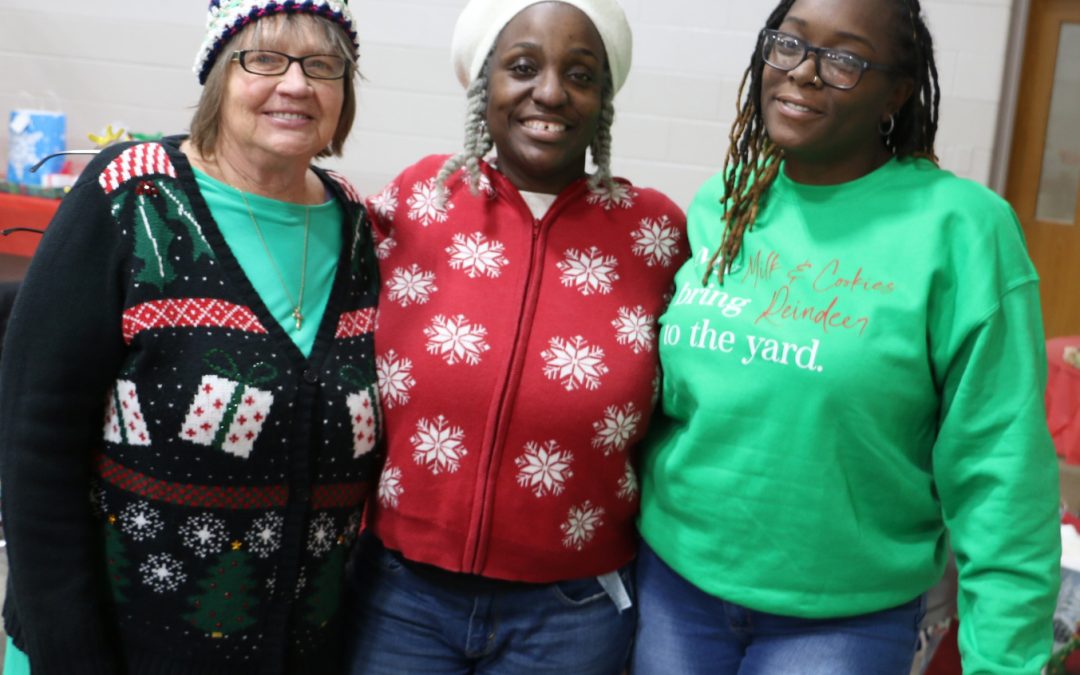 December 17, 2022. The fabulous Redemption House staff was recognized with a party on Saturday night, December 17. It was held at First Missionary Church, with delicious catering from Shigs and Pit.

In attendance were staff and board members, along with spouses and significant others. Not to mention Micky, the very first RH graduate, going back to 2013.

The staff had done the Secret Santa thing, and secrets were revealed tonight, along with gifts. In fact, there were a whole lot of gifts from different sources, including gifts for the four board members in attendance (Jean, Gary, Janis, and Steve).

The staff also received Christmas bonuses, and Tomi announced that they would all be getting wage and salary increases. So it was just a whole of Christmas cheer.

The staff concluded the evening by packing shoeboxes with gifts for all of the residents. 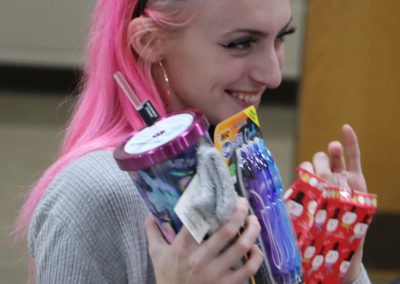 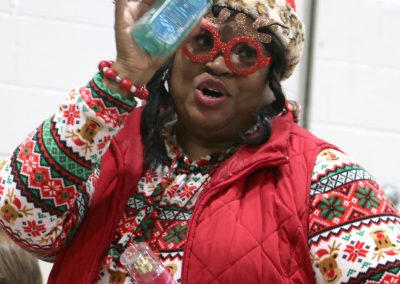 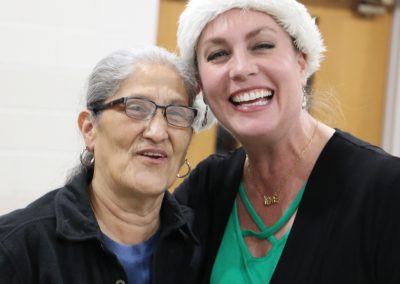 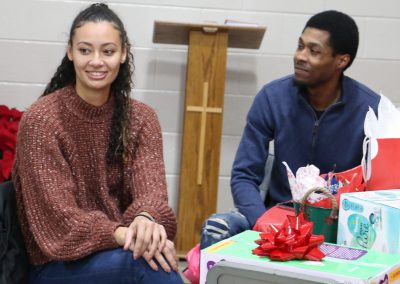 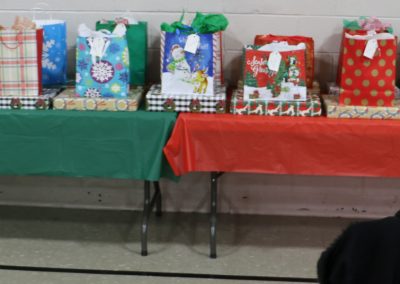 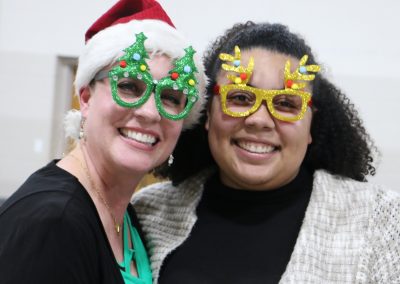 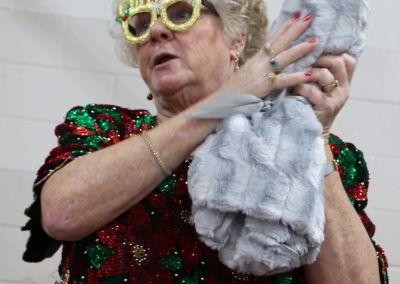 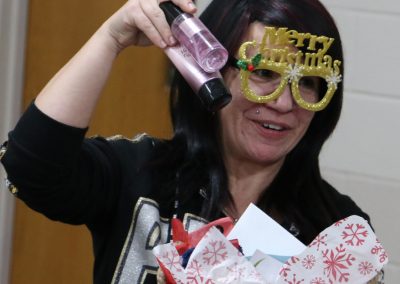 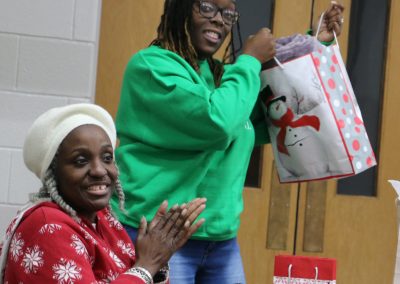 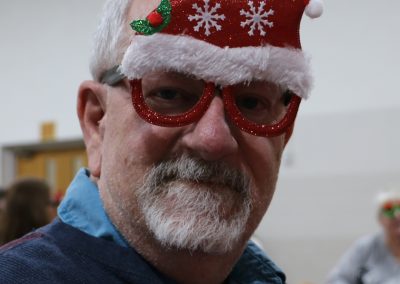 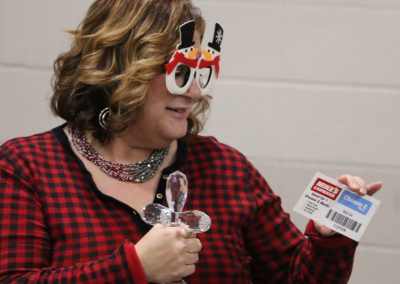 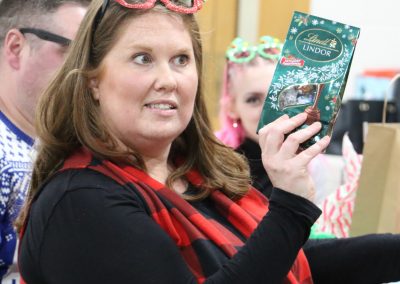 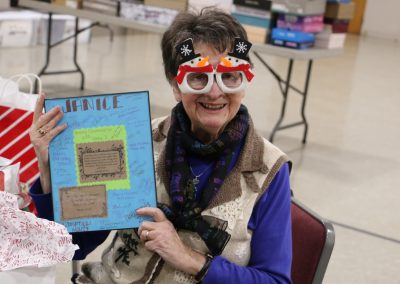 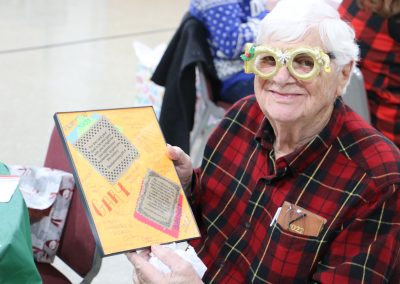 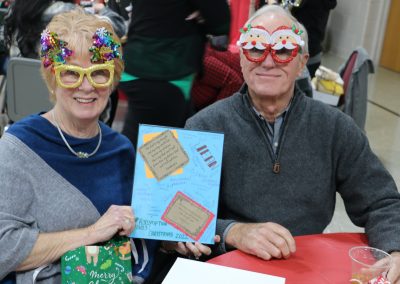 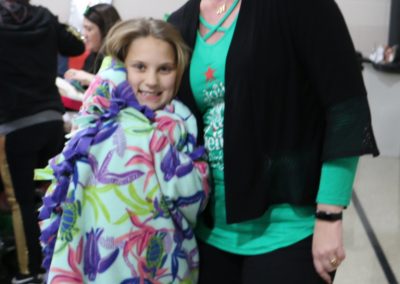 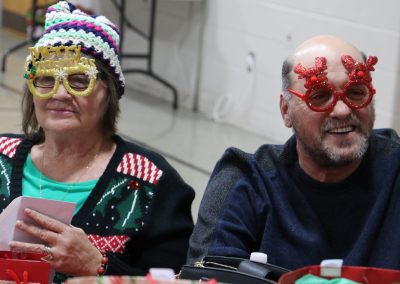 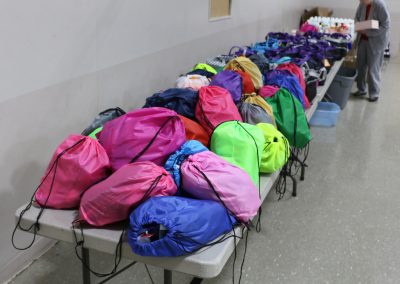 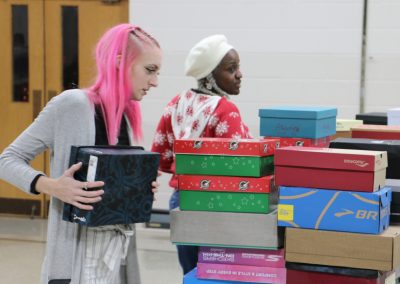