Redemption House opened in August 2012 at the home on Fairfield Avenue. However, our roots go back another 15 years.

An organization called Wings of Hope started in 1997. Its purpose was much the same as that of Redemption House—a faith-based transition home for incarcerated women. However, it fell on hard times following the departure of the founder, and was even shut down for a short period of time. The ministry needed a fresh start.

Then along came Tomi Cardin.

As a young adult living in Fort Wayne, Tomi became a Christian through the ministry of a loving pastor and his wife. In fact, she committed her life to Christ at their kitchen table. In November 2003, the pastor’s wife invited Tomi to help her conduct a chapel service at the Allen County Jail. It became a life-changing experience for her. She knew immediately that God wanted her to remain involved.

Tomi applied to be a volunteer jail chaplain…and was rejected. But she kept resubmitting applications and pleading her case, and she was finally approved in March 2004. She then began ministering regularly to inmates through Bible studies, the substance abuse and recovery program, and the Fatherhood Engagement Program. Two years later, she was voted Volunteer of the Year, an honor which usually went to people who had been involved for many, many years.

She couldn’t get enough of being there. She knew God had clearly called her to this.

Tomi became involved in other faith-based ministries. She worked with Faith-Based Mentoring Ministries, which focused on men who were incarcerated. She worked with the Sheriff’s Chaplaincy Conference, which deals with sheriff’s chaplains in surrounding states. She also became involved with various other groups which minister to struggling populations, including Rising Stars of Associated Churches, the Strengthening Families Program, the Fort Wayne Fatherhood Coalition, and Big Brothers/Big Sisters.

Around 2007, God gave Tomi a vision for running a women’s transition home. The idea became firmly implanted in her mind and wouldn’t go away. However, no opportunities materialized…for five years.

Then, in 2012, Tomi was invited to consult with Wings of Hope. The founding director had stepped down from the ministry, and they were struggling to find new footing. When the interim director resigned, the board offered Tomi the job.

Tomi recognized that Wings of Hope needed a radically new start. The ministry was rebranded as Redemption House Ministries, the Fairfield home was renovated, the programming was redesigned from scratch, staff were hired…and new residents began arriving.

Having been a jail chaplain for over eight years, Tomi already had good relationships with the local judges and courts. The judges knew Tomi’s passion for this population, and seeing the effect Redemption House had on women’s lives, they gladly sent women our way.

Fundraising is a challenge for most nonprofits. Tomi cultivated relationships with foundations, churches, individuals, and other organizations. Gradually, the support base grew. Meanwhile, the reputation and visibility of Redemption House also grew. People in the community wanted to be involved.

In 2018, an opportunity arose to expand to a second location. State funds became available for organizations that work with substance abuse, and Redemption House became a major beneficiary. All Tomi needed to do was find an available house that would serve the purpose—preferably, a duplicate of the beautiful house on Fairfield Avenue. And thus began a search that lasted seven months. Tomi and the board investigated several good possibilities, but they always fell through.

The perfect place finally opened up at 426 E. Wayne Street, on the east side of the downtown—four levels, seven bedrooms, three baths, beautiful woodwork, a large covered porch, an inner courtyard. Tomi immediately fell in love with the place.

Redemption House closed on the property in December 2018. Then came six months of preparing the home for occupancy—rezoning, renovations, adding furniture, hiring staff. Finally, on July 6, four residents from the Fairfield home moved to Wayne Street. They then showed the brand new arrivals how Redemption House worked.

Suddenly, the ministry of Redemption House had doubled its capacity, from 16 to 32 women. This also required hiring additional staff, and raising a lot more money to keep things going. But God has provided.

In 2020, Redemption House expanded once again by launching the Redemption House Alumni Network. For many years, Redemption House had recognized the need to continue supporting residents after they graduated from the program. Some need this more than others; they aren’t quite ready to plunge back into the real world, with all of its temptations and pressures.

The Alumni Network consists of homes which house up to five graduates, enabling them to stay under the Redemption House umbrella for a while longer. The residents pay rent and follow certain expectations, but have available all of the support programs Redemption House offers.

Redemption House envisions adding several more houses as funds become available. The demand is great from former residents, who value keeping their connections with Redemption House as they continue their journey toward a clean, sober, and productive life.

Learn more about our Mission and Leadership.

I thank God for putting me in Redemption House.

“Every morning when I wake, I thank God for putting me in Redemption House. I feel the caring and loving vibe of the other women. We compliment one another. We give each other advice and help. I hadn’t worked in over five years, and now I have a job. Wow, that feels great! My close family members say that I am doing a good job staying clean and sober. They are proud of me. I am proud of myself for wanting to change my life from the old way I used to live. I was going down the road of destruction, not knowing how much damage I was doing to myself or my family.” 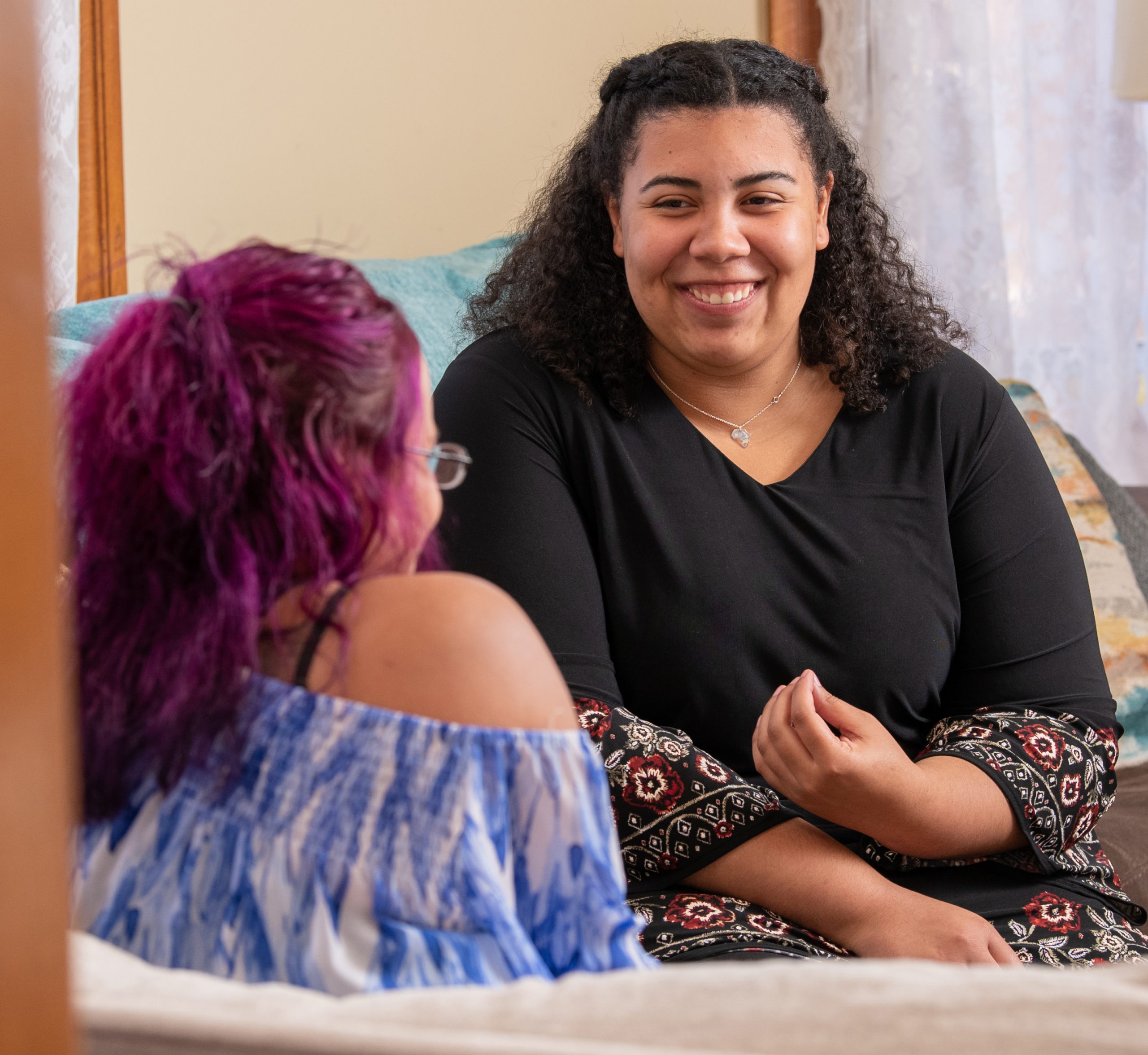 Stay Up To Date
With News and Events

We value and depend upon your financial support.